Get Intouch with Jay 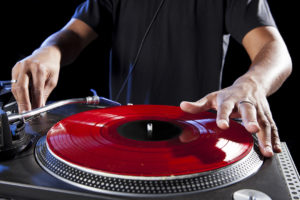 Favorite Music: House Music, But generally anything electronic with a beat!

Favorite things: A cliche as it might be, mixing records is one of my favorite things. That and traveling, and eating!

Host and creator of House Central, Jay Forster has been rooted in the UK Dance Music scene for over half a decade. Having presented a weekly dance show for the Voice of Peace for the past year, Jay took over the early afternoon show in 2012.

While still a college, his passion for the music saw him becoming a regular teenage contributor to his local station, Spirit FM, rating new music live on air.

Through hosting parties at college, Jay was able to hone his DJing skills and began DJing at the clubs around his local area in South West England.

Jay quickly established himself as a man who knew his music and found himself engaged in various FM radio stations. As one of the top tastemakers in the UK Dance scene and one of the fastest growing names in the House music scene, Jay has rocked dance floors across the UK and Europe, and regularly DJ’s in Ibiza.

In 2005 Jay was regularly hitting the decks in the sun on Ibiza and in 2007 produced and presented two live broadcasts from Ibiza’s Cafe Mambo, which were the first International outside broadcasts to be run on community radio in the UK. Having successfully focused on gaining a career producing at the BBC for a couple of years, Jay is back with more experience, passion and vigour than ever before.

You can hear Jay every Friday at 11pm with ‘House Central’.