All Time Number One Show 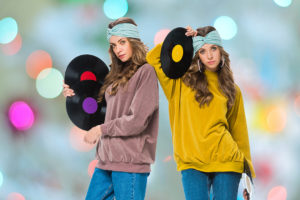 Rob was born in Nottingham to parents who were both bakers. At an early age Rob wanted to join the Navy but then discovered the “wonderful world of Radio” in particular Emperor Rosko and later the legendary Kenny Everett.

Rob began his broadcasting career in 1982 working for a local hospital Radio Station at Wythenshawe Hospital, Fab Radio whilst at the same time doing his “proper” job working for Timpson’s shoes in Wythenshawe.

In 1986 Rob got his first paid Radio shift. This was presenting the breakfast show on a station in Southern Ireland called ‘Radio West’. Later in the same year Rob went to work for the ‘Voice of Peace’ in a very sunny Israel. After just under 6 months Rob left Israel to be a presenter on another great Pirate Radio Station …Radio Caroline on board the Ross Revenge in the English Channel.

In January 1990, Rob was offered a job on the legalised ‘KFM’ and was the station’s first breakfast show presenter. After working on various UK FM radio stations, in 2003 a former Voice of Peace colleague called Dave Asher (anyone remember him?) asked Rob to work on ‘Magic 999’ in Preston where he presented the Afternoon Show and then Breakfast for 6 years.

Presently Rob is the breakfast presenter for Bee Radio in the North of the UK.

Rob currently lives in Lancashire, England with his wife Kath, daughters Sophie, Katie and Son trainee DJ, Jamie. Rob says that when he is not broadcasting or doing Disco’s/Corporate Event’s he likes to search Car Booty’s, Record and Charity Shops for CD’s & Records.

In 2011 Rob re-joined the Voice of Peace and is the presenter for ‘The Number One Show’ on Wednesdays at 8pm. 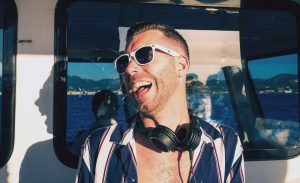 Birthday: July Favorite Music: House Music, But generally anything electronic with a beat! Favorite things: A cliche as it might be, mixing records is one of my favorite things. That and traveling, and eating! Dislikes: Mushrooms Host and creator of House Central, Jay Forster has been rooted in the UK Dance Music scene for over half a […]