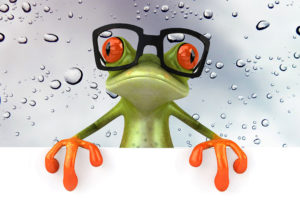 Likes: Radio (of course), strawberries, travel, and studying (what some might call ‘conspiracy theories’).
Dislikes: Rude people, celery, cold, wet weather, and the soulless radio of today!
Then…
After school, would eat his evening meal, finish his homework, and then hurry to bed to secretly listen to the stars of the ‘Hollywood of radio’, the ‘Great 208’ – Radio Luxembourg. Studying the style and delivery of the broadcasting greats, dreaming of one day becoming one of them.
Later, when he was 16, he eagerly joined the local chest hospital radio station, broadcasting from the hospital chapel vestry, every Sunday. One year later, being offered the opportunity to undertake training at TRN – the Talbot Radio Network. The only remaining industrial radio station since the demise of the celebrated United Biscuits Network.
When there, he regularly admired a black & white photograph of a radio ship at sea, on the wall, and asked the manger what it was. He replied “that’s the Voice of Peace.” “What’s that?” Geoff Asked. Having no knowledge of the station whatsoever.
Whilst continuing to earn a shekel, or two, as a mobile DJ, as well as working in nightclubs, he quickly became restless. Being fortunate to strike up a friendship with a professional DJ, who by pure chance, had just returned from working for the famous Bob Christie, an agent in Luxembourg. With a good word, and a sub-standard demo tape, Bob agreed to add Geoff to his list of acts.
As if my magic, Geoff found himself getting off a train at Luxembourg Central Station, four days later. Spending several weeks sleeping on the couch of Radio Luxembourg’s Record Librarian, Andy Haywood (a legend DJ, in his own right, in the Grande Duchy). Later sharing the same apartment as Timmy Mallett, who was just finishing a stint on Radio Luxembourg.
Whilst not making it into full time employment at the Villa Louvigny studios, he did learn some valuable lessons from the greats, such as: Stuart Henry, Benny Brown, Bob Stewart, Rob Jones, Barry Alldis (who sadly passed away during my time there), and another broadcasting legend – Dave Christian (who sadly, is also no longer with us).
From Luxembourg Geoff moved to the Netherlands, working on several popular pirate stations, when he read a magazine article by Carl Kingstone, who was recruiting DJ’s in the UK, for the Voice of Peace. After contacting Carl, just like in Luxembourg, a few days later, this time on the back of tender, with no rails, he found himself leaving Tel-Aviv marina, heading out to sea!
After 12 months at sea, and many pranks, and adventures he headed back to England. Taking the lunchtime slot on Sunshine Radio, in Shropshire. The rest – as they say – is history.
Now…
He spends as much time as possible in the Philippines with his fiancée, running a successful restaurant. Occasionally turning his hand to the odd online broadcast.
Likes: Radio (of course), strawberries, travel, and studying (what some might call ‘conspiracy theories’).
Dislikes: Rude people, celery, cold, wet weather, and the soulless radio of today!