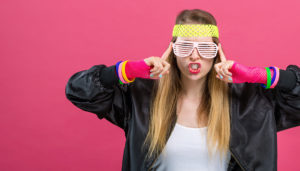 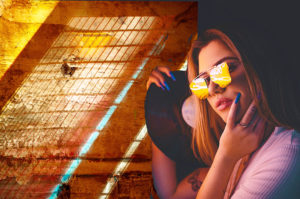 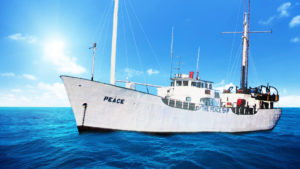 Dislikes: High-top lorries. One has just ripped out my internet line!

Pete was born in Hampshire and fell in love with radio at an early age, tuning into Radio Luxembourg whenever possible. He was in awe of everything Kenny Everett. Pete’s familiar opening line, ‘Hello friends!’, is a homage to the legendary broadcaster.

After meeting fellow Voice of Peace presenter Chris Williams he started broadcasting on the digital platform Century Stream. He became regular sidekick to Chris on his breakfast show on Nova FM in Spain. This led to a specialist 80s spot on the same station. He is currently the Saturday breakfast presenter on More FM Spain.

Pete lives in the countryside in France with Anita and his sons Robi & Tomi. Pete says that when he is not broadcasting he is either kicking a ball about with his boys, mowing the lawn or enjoying a glass of red.

Peter and Anita had a great time in Israel in 2014 at the annual Voice of Peace get-together and vows to make a return trip soon.