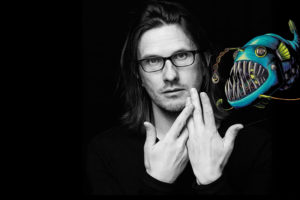 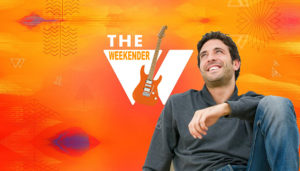 Born on April 17th and therefore an Aries, in England’s ‘Garden of England,’ Kent. Mark’s singular claim to fame is that, whilst working in Aberdeen in 1990, he bought Karaoke to Scotland! He is now banned for life from the town…
Favourite things that he loves to enjoy are spending time with his family and friends, BBQs, dining al fresco, discovering new recipes, wines and gins. Working in the garden and growing vegetables is a new passion.
A list of dislikes would include reality TV, illegally downloading music and unscrupulous music management making millions off of the back of new artists struggling to release their own music. Hmmm, I wonder who he’s thinking of?!
Having worked in Europe, South-East Asia and the Middle East, it is no surprise to learn that Mark loves travel and experiencing new cultures. Now living in France, a love of all things ‘Français’ even includes discovering new bands, such as the French progressive artists Frank Carducci and Lazuli.
Music: Where to begin?! Mark’s tastes could best be described as ‘eclectic’ although he admits that he loves most things tending towards the more Progressive and experimental end of the spectrum. Favourite artists include the obvious, Genesis, Pink Floyd, Yes and the less well known, Steven Wilson, Pendragon, IQ, It Bites and of course, Marillion!
From a young age, music was a huge part of Mark’s life and he spent many evenings listening to DJs Tommy Vance and his Friday Rock Show, Bob Harris, Kenny Everett, John Peel along with the DJs of Radio Caroline aboard the MV Ross Revenge. Little did Mark know that working in his ‘day job’ alongside the VOP stalwart Chris Williams would result in Mark sitting in on Chris’ shows and learning the art of making magic himself! A brief discussion between Chris and Yaniv (of which Mark had no part whatsoever) resulted in being offered an hour slot on Tuesday night; Progressive Nights was born! Thrown totally in at the deep end, the learning curve near vertical, Mark has embraced his opportunity with enthusiasm and although still the ‘newbie’ he admits that amongst his biggest regrets are not getting involved in the radio industry much earlier. Another regret would be never having had the chance to see ABBA and Talk Talk perform live.
The show soon outgrew the Tuesday evening and is now a two-hour show, broadcast live every Saturday night with a truly international listenership. The original Tuesday show changed format to feature some of the greatest music ever recorded, Mark’s ‘Self-Indulgence’ hour and he also has the responsibility of getting everyone ready for the weekend on Friday afternoon.
Now, as part of the Voice of Peace’s presenter line-up, Mark is thrilled to be able to bring the music of artists he loves to the station’s listeners and hopefully give something back to the performers that have given him so much over the years. 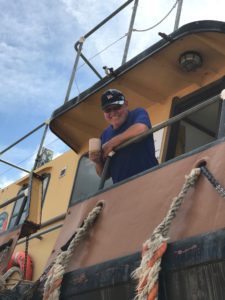 Bob has been in broadcasting virtually his whole working life, starting on the Offshore Forts off the coast on his native Whitstable on Radio City. When the Pirates closed he worked at SERED an electronics and recording company owned by his father-in-law whilst picking up cover shows at BBC Radio Medway A bit late in […]